Unraveling the anti-influenza effect of flavonoids

We have a new paper "Unraveling the anti-influenza effect of flavonoids: Experimental validation of luteolin and its congeners as potent influenza endonuclease inhibitors" in the European Journal of Medicinal Chemistry.

Congrats to Katka, Milan, and the whole team!

Red more about the paper.

Abstract: The biological effects of flavonoids on mammal cells are diverse, ranging from scavenging free radicals and anti-cancer activity to anti-influenza activity. Despite appreciable effort to understand the anti-influenza activity of flavonoids, there is no clear consensus about their precise mode-of-action at a cellular level. Here, we report the development and validation of a screening assay based on AlphaScreen technology and illustrate its application for determination of the inhibitory potency of a large set of polyols against PA N-terminal domain (PA-Nter) of influenza RNA-dependent RNA polymerase featuring endonuclease activity. The most potent inhibitors we identified were luteolin with an IC50 of 72 ± 2 nM and its 8-C-glucoside orientin with an IC50 of 43 ± 2 nM. Submicromolar inhibitors were also evaluated by an in vitro endonuclease activity assay using single-stranded DNA, and the results were in full agreement with data from the competitive AlphaScreen assay. Using X-ray crystallography, we analyzed structures of the PA-Nter in complex with luteolin at 2.0 Å resolution and quambalarine B at 2.5 Å resolution, which clearly revealed the binding pose of these polyols coordinated to two manganese ions in the endonuclease active site. Using two distinct assays along with the structural work, we have presumably identified and characterized the molecular mode-of-action of flavonoids in influenza-infected cells. 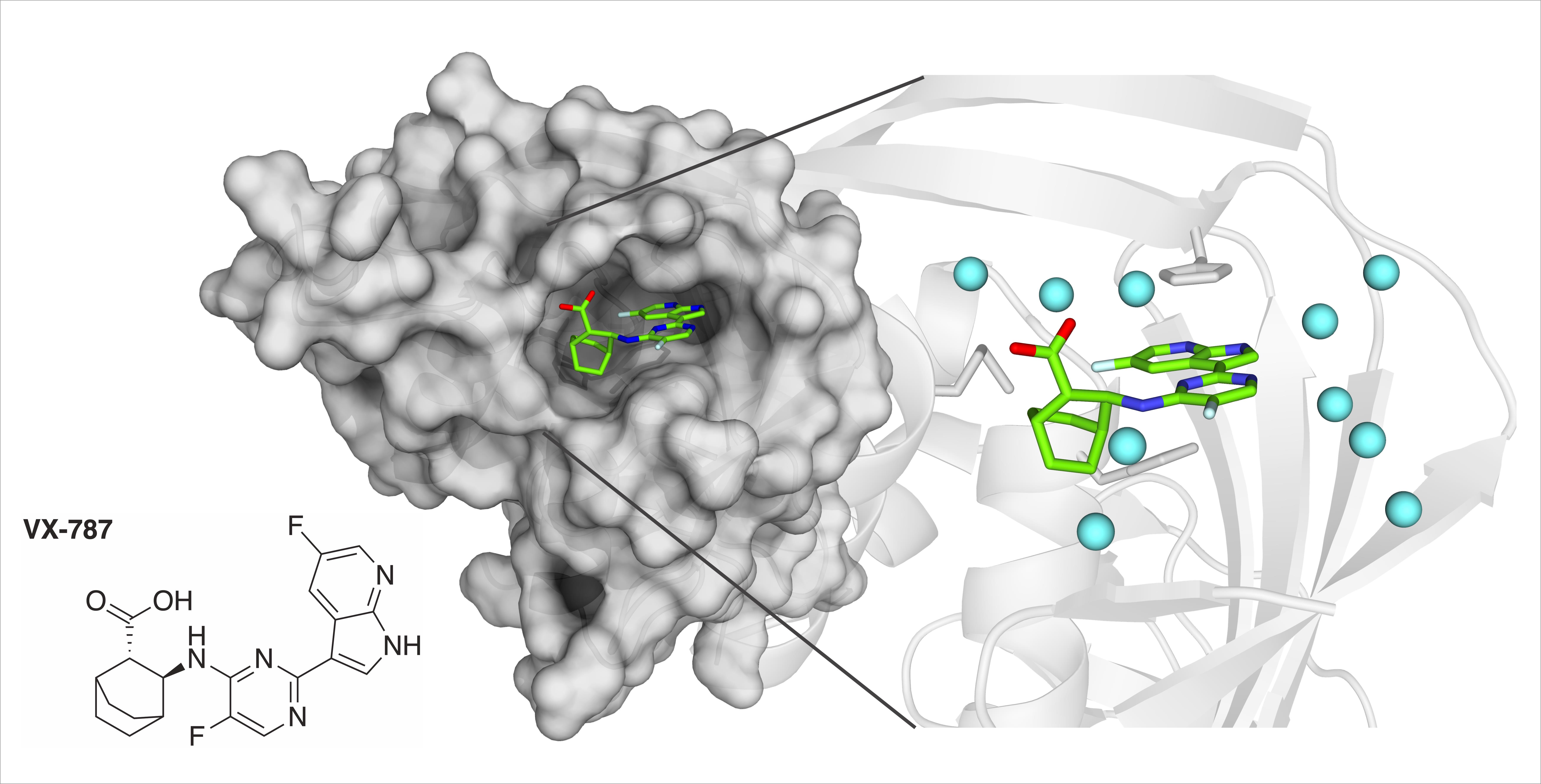